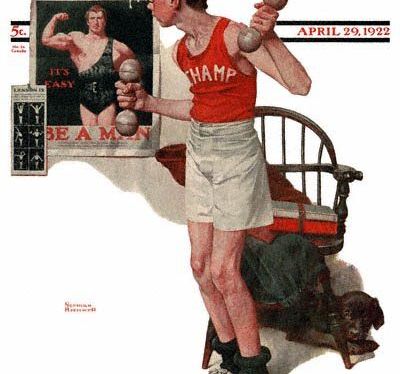 It’s been a while since I’ve posted a new blog so I figured at the very least I should update everyone on my continuing quest for greater fitness as I move through middle age (better than the alternative, right?).

The good news is that there is no news. My Crohn’s has been pretty calm since I’ve started taking Humira several months ago. Sure, I have a grumble here a little constipation and/or diarrhea there but no days long bouts of intense pain and lack of energy and overall “pushing” just to get started for and through the day. I have a CT Scan on Monday and hopefully it will show that there has been no significant progress of the disease putting off the day I’ll need surgery for a little longer.

On a tangent – I attended an IBD Patient Update hosted by the University of Michigan IBD team and the Crohn’s and Colitis Foundation of America with participants from Henry Ford Hospitals and Baylor University. A lot of good information from this session. I finally learned that my medicine may costs about $40,000 a year for those who don’t have insurance (yikes!). No cure is on the horizon but several potentially game changing treatments are in clinical trials. It also reaffirmed that given what could have been that I’ve been very, very fortunate with my Crohn’s. It turns out that 44% of patients with Crohn’s have required surgery by 9 years after diagnoses. Me, I’ve gone about 30 so far. Surgery, if it goes well, often does provide relief. But too often it is temporary and then there are a host of potential complications. Most that I don’t even want to think about but may discuss later.

I haven’t been running lately, trying to rest my shins and recondition them before running again. The pain was getting pretty bad. However, I am keeping up with my walking and watching my diet. I need to move from just counting calories to better tracking my “macros” though. I think if I up my nutrition that I’ll make better gains in the weight room and with fat loss.

Speaking of the weight room, it’s been a couple weeks since I’ve started lifting again regularly. I was pretty sore after the first couple workouts but I’m doing better and my lifts are getting heavier. I’m also working out about once a week with my brother-in-law again and he helps to push me simply by staying ahead of me in his bench press. Though this should not stop you from trying. Friendly competition never hurts as long as you don’t get hung up on the fact that some people will always be better than you at something. In fact, I’m still “competing” with a couple friends to see who can do better over the course of time in terms of fitness goals. Celebrate other peoples success and you’ll be happier in the long run (trust me).

So, overall, I’m down in weight about 15 pounds since this time last year. I’m stronger, faster, and feeling pretty good overall. Not where I want to be, who is after all, but getting a little closer each day.