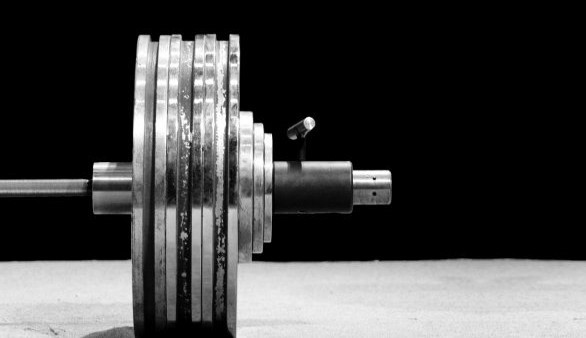 I know that it’s technically December, but I thought if I’m going to keep track of my “Fitness Quest” I should try to update at least monthly. So here’s last month’s progress report (or lack thereof).

As my facebook friends know, I’ve been doing a different type of “challenge” for the past three or four months. It started with the “22 Push Ups for 22 Days” challenge that a friend invited me to join to raise awareness for the problem of veteran suicide, then morphed to a 100 push up challenge that I created where a few friends and I worked our way up from the 22 push-ups to being able to do 100 push ups in one session, then it was working up to a four minute plank. Now I’m doing “wall squats” (aka “wall sitting”) and working up to being able to do that for four minutes. This one is pretty tough as it increases by 10 seconds each day. However, it was time to do something for the legs.

I continue my twice a week weight training sessions with my brother-in-law. Though we’re pretty good about doing them, they are feeling a little too routine for me. I’ll be talking to him about upping the weight or varying the reps some to keep it interesting. The good news is that I’m at the very least maintaining strength and think that I’ve gaining based on workouts and measurements (waist is still down, arms and chest are getting larger again).

Nutrition: After it was suggested to me by a new friend, I experimented some with a low-carb, high protein diet last month and unfortunately, moved away from it somewhere around Thanksgiving. Though I liked adding carbs back in (I missed bread of all things) I paid a significant price and my weight jumped back up in pretty short order. So, essentially in terms of overall weight and bodyfat I’m about where I was a year ago. I’m going to double down on this style of diet again – yes, I know it’s the Holiday season – and see if I can make some improvements before the start of the New Year. I’d rather not have to make some drastic unkeepable resolutions like the rest of the world on January 1!

Crohn’s: The good news is that there isn’t any major change in terms of my Crohn’s disease. The Humira seems to still be doing it’s job. I have noticed that as I get within a couple days of my next injection that I start to feel queasy inside again. Not sure if this is a real thing though or a psychosomatic response to knowing that I’m due for an injection. Weather changes seem to be playing a role again this year. We’ve had some dramatic swings in temps (going from 70 degrees to 30 degrees overnight) and such as winter comes on and I felt it inside.

Once again this year I did go to an annual IBD update to learn about the latest research in the area of Inflammatory Bowel Disease (of which Crohn’s is one). As usual, it was very interesting and informative. The main take away is still hang in there. Better treatments are coming soon (as in about 5 years).

Mental Health: Overall, I think I’m still doing pretty well here. I’ve been having some odd “stress dreams” for some reason but not sure why so I’ve given some thought to this. But things are going well with work, I don’t feel over burdened and despite the usual malaise of not being quite where I want to be career-wise I’m employed, have friends and family and overall am in doing pretty well. Heck, I even have a new car that so far is running like a dream so no more “when will it break down” thoughts which were part of my daily life for the last, oh, 3 years or so!

The only real disappointment I had recently were the results of the US election. But, I can rest easy in knowing that whatever happens it’s not my fault! I just keep hoping for the best and expect the worst like a lot of other people and at least the darn commercials have stopped.

Summary: Life is good and the only way to move, as always, is forward.